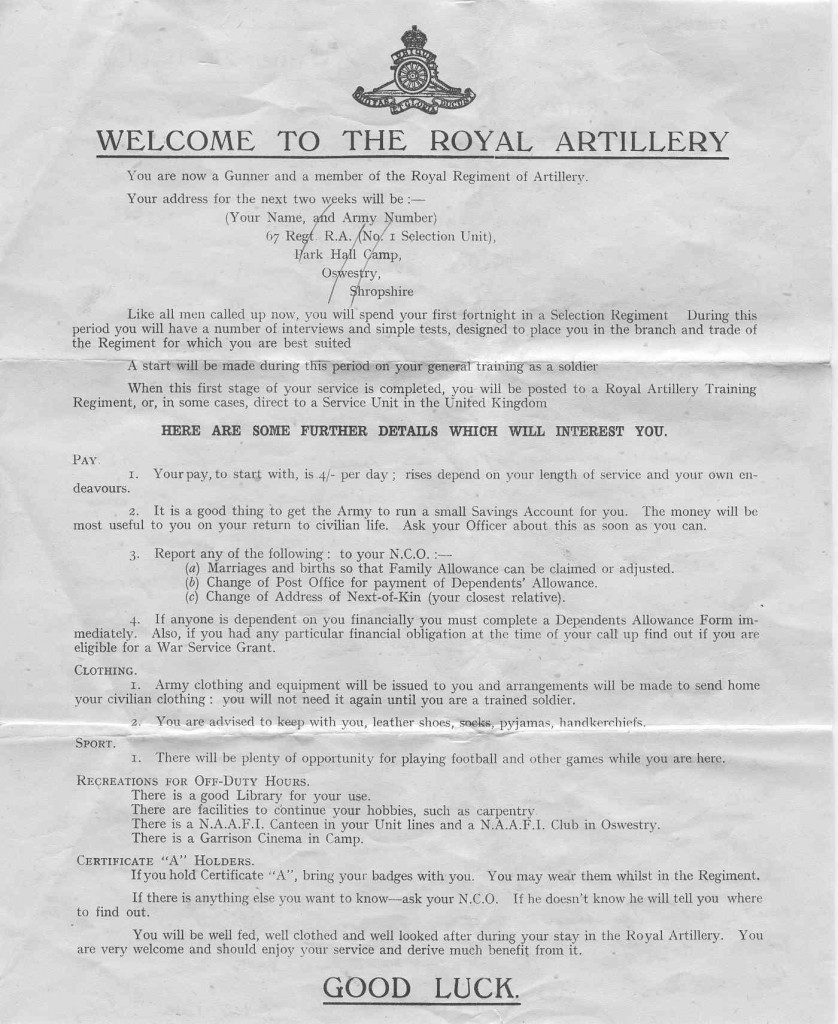 Letter given to new conscripts on arrival at Oswestry, it indicates a concern for our welfare and reassurance to parents. On the back I wrote a note home telling of my safe arrival and of my first impressions of the Army.

We would like to increase the number of contributions to this section, and would be delighted to publish stories and images recounting other gunners … END_OF_DOCUMENT_TOKEN_TO_BE_REPLACED