I was pleased to find myself assigned the Royal Artillery, and required to report June 24 1949 to a training regiment in Oswestry, Shropshire. With the notice came a warning about failing to report and the penalties for not doing so, advice and instructions regarding terminating my civil employment and a travel warrant. So on that date I found myself on a train from London, Paddington to Oswestry in Shropshire to report to Park Hall Lines and 67 Training Regiment, Royal Artillery.

Thinking back I cannot say I faced this with any great trepidation. I had, of course, grown up and lived through WWII and military service and other forms of service were not unusual. Nor was the prospect of National Service unexpected for it had loomed on the horizon for a long while. I had a comfortable home in Surbiton, Surrey, had received a sound education at Tiffin Boys Grammar School in Kingston upon Thames and was well provided for.

State of Mind Prior to Enrolling

Perhaps my lack of apprehension was due to my independence for my Mother had sadly died in late 1946. With that things had altered at home, and with the changed circumstances it was not as comfortable. Work was becoming boring. I was growing up. I was in my teens and in many respects I was dissatisfied.

In all I was ready for a change. It was time for some adventure. 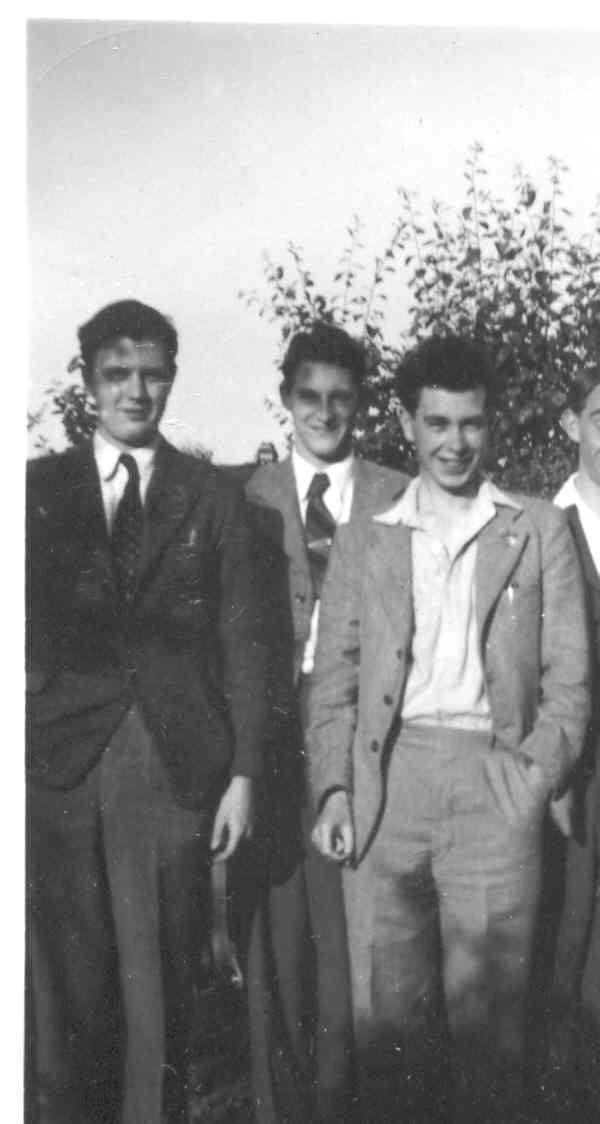 John Flann to the right, and a few days before call up in June 1949
On the left is a particular friend David Wetherall who was also to join the Army for his National Service at about the same time and to serve in the Royal Engineers in Kenya.

We would like to increase the number of contributions to this section, and would be delighted to publish stories and images recounting other gunners … END_OF_DOCUMENT_TOKEN_TO_BE_REPLACED