When moving into Munster, the camp was being redecorated and on my birthday, 22 December, I was “adopted” by one of the painters and invited to afternoon tea with his family – his wife and three year old daughter. I had a good meal washed down with Nescafe. They really looked after me. Walter was in the process of building his own house, and the shell was complete and some of the ground floor was habitable. As I had been in the building trade, over a period I helped with the construction. This gave me a break from army life and somewhere to keep my money (in a red cigarette tin behind the radio). This also acted as a family bank to pay for the football pools every week, and a chance to learn German from a three year old. 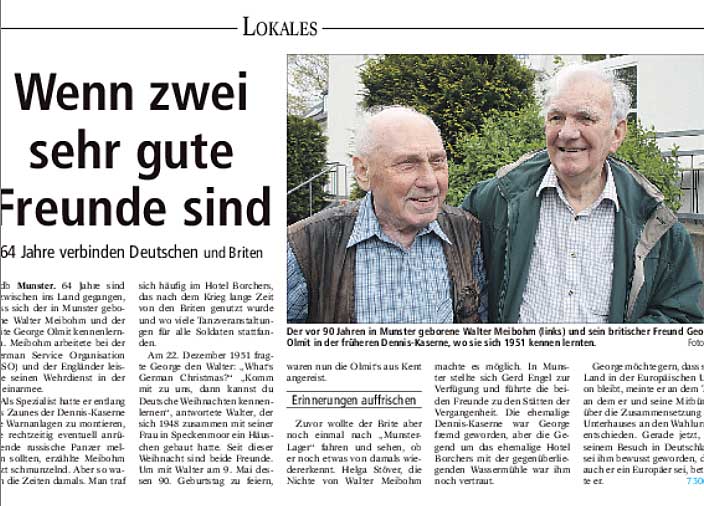 If two are very good friends

We kept in contact for over 60 years, making a few visits to Hamburg and in 2015 I was invited to Walter’s 90th Birthday celebration. It transpired that I was the guest of honour being greeted by a brass band and given a day’s tour of the enormous training complex that is used for the German Army NATO forces, and fire and rescue services.

We would like to increase the number of contributions to this section, and would be delighted to publish stories and images recounting other gunners … END_OF_DOCUMENT_TOKEN_TO_BE_REPLACED