Apart from this horrible occasion a second more personal scare occurred on one of the very few occasions when my signaller was temporarily away from the AP. bunker. As a result, I had the mobile wireless within my AP look-out area, set up on a ledge high up in front of me. I heard a gun fire, and what I considered from past experience to be a 76mm Chinese howitzer, with its shell exploding further down the hill from me. I went through the standard routine of remotely starting the recording machine back at base, and sent the shell report as normal.

A second round quickly followed, this time exploding further up the hill and in a reasonable line of fire to my position. My impression was that the gunners were “ranging in” on their target-which now appeared to be me. This shot was recorded and reported as before. And it left me wondering whether one of their spotters had observed some activity.

A third round was then fired and not wanting to take unnecessary risks, I crouched down, clearly hearing the shell in its final flight before it hit the ground immediately in front of our AP bunker. The noise from its explosion was really loud, the blast from it causing the wireless to topple on to my tin hat. I can’t recall actually losing consciousness, but it was a while before I fully appreciated what had happened. I believe that no further rounds were fired. I have no recollection of what happened next, although our duty rota continued as normal.

I just look on it as my lucky day! 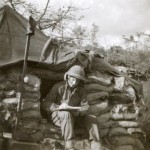 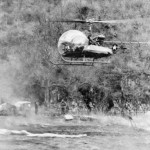 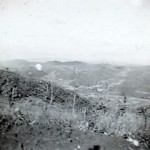 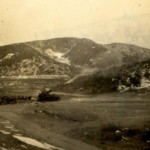 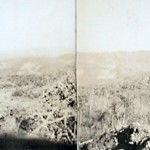 We would like to increase the number of contributions to this section, and would be delighted to publish stories and images recounting other gunners … END_OF_DOCUMENT_TOKEN_TO_BE_REPLACED